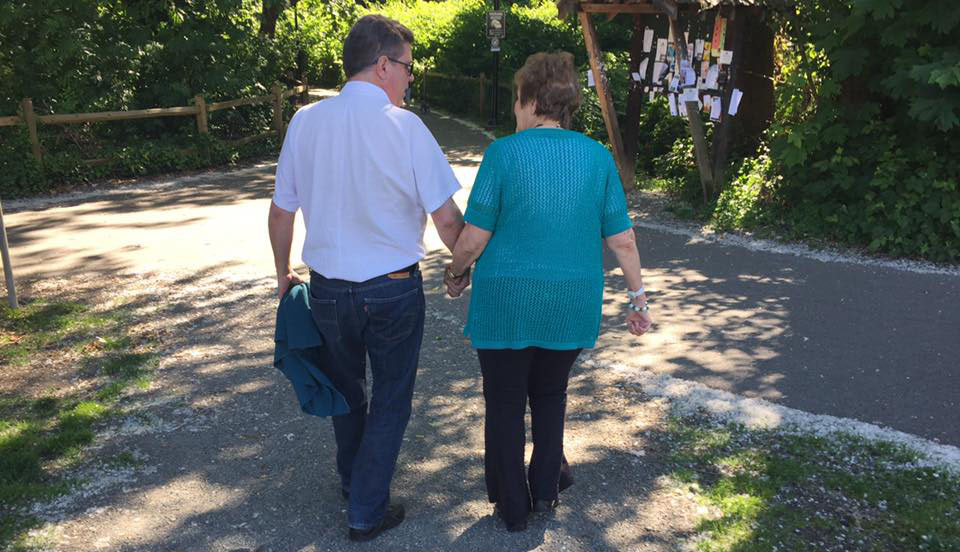 My mother Darlene died yesterday morning. It was quick and probably painless. She got up out of bed and collapsed – likely from an aneurysm in her brain. She was 80.

I’ve been sitting here tonight feeling wonderful with all the love pouring in from friends through Facebook and over the phone. But I’m still puzzled and amazed by the differences in the way I see what has happened compared with the responses from most everyone else.

My heart is not breaking. I’m not feeling a tremendous loss. I’m not going through some of the extreme pain that others are going through. I will miss her but I don’t feel like a part of me has been ripped away. And I don’t think I’m broken. Perhaps quite the contrary.

I’m celebrating her. Almost overjoyed at her ability to check out on her terms with grace and elegance and a sense of humor and, most importantly, a sense of adventure. Not because she forced her way out but because she allowed it to happen naturally. She didn’t MAKE anything happen; she ALLOWED it to happen. This is mastery.

She was an anchor of the Amica community. Her goodwill was so profound and her relationships so strong that they had to set up visitations from the residents and staff who came one at a time to see her before they took her body away. I’m told some of them thanked her for being such a good friend. She’d only known these people (who can’t remember squat) for a year and a bit. Can we say “quietly impactful”?

So I’m not upset. I’m a bit sad but mostly really happy for her.

Someone asked me how it was that I can be and think this way. I think it gets down to a few simple thoughts:

I’ve been wondering about the wisdom of turning this into a blog post as I think it may be too soon and too raw for others to deal with right now. The hardest part of this whole adventure is dealing with the hurt feelings so many people have at mom’s passing. I’m such an empath that talking with them brings out the tears in a heartbeat. As I said to my big brother uncle Terry today “it exposes the cracks in my armor and lets the knife penetrate”. He called it a family genetic defect we all share. Probably true. LOL.

Last night Myra, McKenna and I watched the Guernsey Literary Club (a movie). It was a well-acted well-written love story that dealt with many hard issues of life that came up during the German occupation of Guernsey. We laughed and cried – deeply. It was the perfect way to end the day.