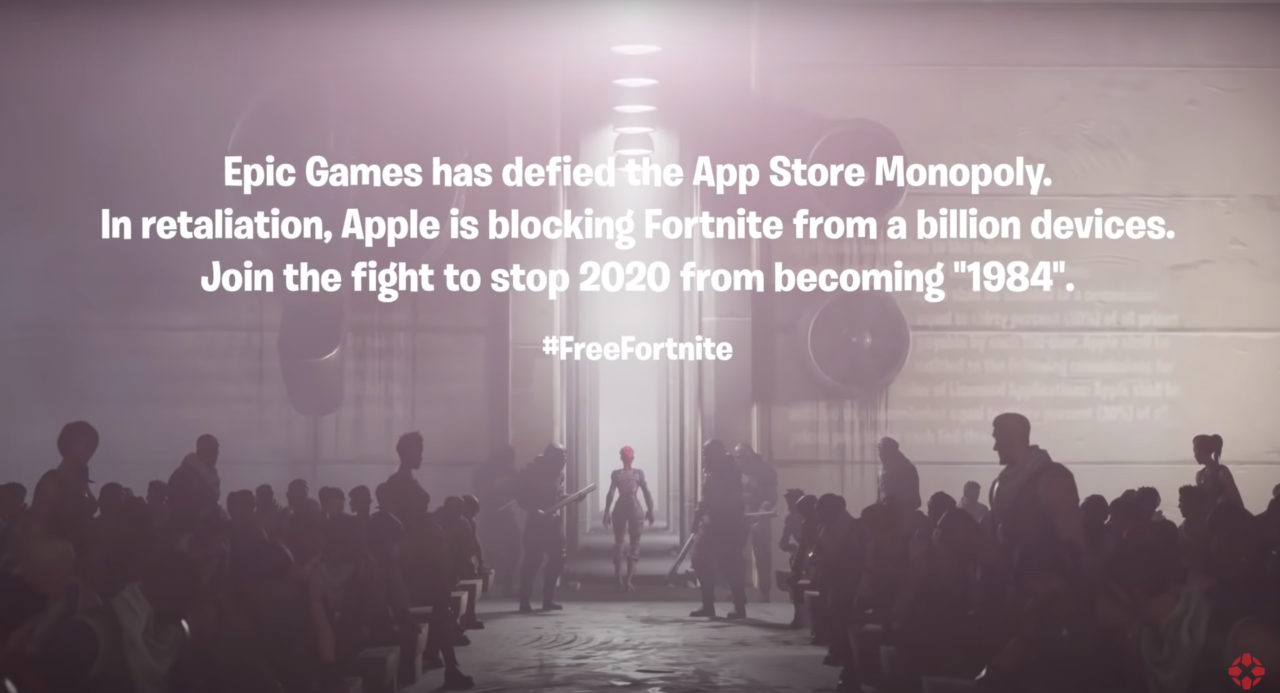 I love that Apple is being beaten with their own words and their own concepts. They deserve it.

For a company that likes to promote itself with “Think Different”, it is obsessively focused on just the opposite: utter conformance to their highly restrictive rules. In the Apple Universe, there is only one way to do things – the Apple approved way. Is there any clue in the name of main street at their HQ? One Apple Park Way. People drop the “Park” in common usage…

For those too young to remember, in 1984, Apple released an ad on the theme of George Orwell’s book Nineteen Eighty Four. It was hugely popular because it showed a young protestor challenging authoritarianism – in this case a reference to IBM’s control of the business computer market.

The irony is that Apple has become the authoritarian regime it sought to destroy. Their monopolistic practices have restricted innovation and constitute a 30% “tax” on ALL paid software products that run on Apple mobile devices. They must approve all products you can download to your phone. Does that sound like a free and open market?

Google has a similar monopoly (albeit slightly less restrictive) on Android devices.

Both companies are now facing anti-trust lawsuits from Epic Games (publisher of the game Fortnite and the video) for banning the game from their platforms. To support their case, they launched a PR campaign against Apple parodying their 1984 ad.

After the recent “rough ride” testimony that Apple, Google (and Facebook) had in front of Congress, there will be many calls to restrict the monopolistic power of Apple and Google. I doubt Facebook will come away unscathed as well.

Other companies in the industry like Spotify have expressed their support for Epic Games in their lawsuits. I expect we’ll see many more.

While I’m reluctant to encourage government regulation of industry, the companies have managed to gain such tight control over the global markets that they need to be constrained to protect the free market concepts that power our economy. The companies are abusing their power and market forces cannot overcome their dominance. The collective power of all of us, expressed in the form of “government” needs to act and rebalance the playing field.

Watch the videos and have a chuckle at the concepts “karma is a bitch” and “live by the sword, die by the sword”. Or was that a hammer?