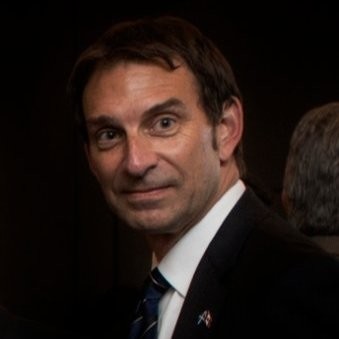 First Performed for my best friend Dave Mason
In Front of Friends and Family
On Robbie Burns Day
January 25, 2003

We know not quite when this affliction first started,
Our poor auld man Davie, his senses departed.

At first it was hidden, that much must be true,
For he married a lassie much like Nancy Drew.

She watched and she tested, checked each little thing,
Of the man she would marry (though she picked her own ring)

Somehow he passed muster, each one of us fooled,
Not then did we know, for Scotch how he drooled.

It weighed on his brain, each long waking hour,
When his bottle was dry, his expression went sour.

He must find a way to forget his fav’ Whisky,
But not with techniques he might find too risky.

The key to his happiness came to him one day,
“I must find a way to get carried away.

And pick a new focus, others things to consume me,
I’ll just get up early, trim the lawn on my knee”

The effort and time he put into his yard work,
He toiled night and day, most definit’ly berserk

The cut was just perfect, no moss left in sight.
Heaven forbid it rains too much tonight!

For like his fine whisky, Dave’s passion for grass,
Occasionally made him a pain in the ass.

Now what other fellow would admonish you so,
For placing a chair right where he might mow!

But this passion for green grass did awaken anew,
His love for the game Scotsmen play in the dew.

‘Twas Golf, so ancient and Scottish a game.
The devilish rascal that men’s souls do blame,

For many a night spent unable to sleep,
From dreaming of shots that make other men weep.

So off to the bookstore, much research to do.
For what Davie must do, he must do well, too.

All during this process, a list Davie made up
Each item he needed, how much, could he trade up?

For Davie is master of shopping for things,
Skills many a year searching London Drugs brings.

Nevada Bobs could ne’er quite figure out,
The confusion that reigned when Dave was about.

Things like this make most men go completely insane,
Chasing down many a detail most think quite inane.

Over time Dave’s collection of clubs kept on growing,
In spite of the pain in his back that kept blowing,

Any real chance of playing and making a score,
That he could still brag about and not be a bore.

Much practice, more practice, a lesson or three.
He never even took much time off to go pee.

Lessons with Golf God, a game with his boss.
Things started to look up, even though he still lost.

So frustrated from many a game won by others,
And having to deal with a few family mothers,

Brought Dave back to where we began this tall tale,
In search of a replacement for strong English ale.

Beer just didn’t quite cut it after a fine afternoon,
Of swinging the clubs and scaring a loon.

So back to the whisky Dave’s attention returns,
To that fine old Scotch water that pleasantly burns.

Yet whisky is one drink that costs lots of money,
A fact that you frequently hide from your honey.

For prices ’round here, they’re much worse than you think,
It costs twice a fortune, just to buy some fine drink.

The cost of this liquor, it was worse than his coaching,
and then there were friends that were always there poaching.

Then one day he decided, “enough of this pain,
I’ll go off to Calg’ry, and challenge this bane.

I’ll just run on over, to the local outlet,
and see what good prices, I’m able to get”

Surprise? No surprise, the prices were great,
And Davie stocked up, enough for a crate!

He smuggled them back, to the wet coast he flew,
WestJet was the carrier but they never knew.

His baggage was laden with many an ounce
The liquor inspectors, oh how they would pounce!

If ever they had a hint of his treasure,
To put him away, that would be their great pleasure.

But Davie, as obsessed as he had become,
Was willing to risk such an unpleasant outcome!

This scheme, it was working, so Dave kept importing,
His friends and relations thought it would be sporting,

If Dave would consider, and give it a try
On his next trip back East, for them also to buy.

Soon Davie was running a slick operation,
And bringing back liquor from across this great nation.

Word of more Eastern bargains that he claimed to have found,
Soon led friends to think of ideas profound.

Why not get together and strike up a club,
To bring in fine Whisky, and not meet at the pub.

One thing about Davie, a bargain he’ll find,
But Government laws put him in a bind.

So Dave said, “This club, let it be in Alberta
And avoid all the tax – no need for that hurt, ‘ah’”

We still do not know if we’ll make this thing work,
But if we can make it, it’s certainly one perk

Of being good friends of that great auld man Davie,
Whose knowledge of Whisky, well, that’s just more gravy.

For there’s nay (not) an “eh”, in the word Whisky my lad
As Davie will tell you, when he’s wearing plaid.

So together we’ve come, all the Bad Bards of Burns,
To party all night, each taking our turns,

At draining the bottles of fire in his stash,
with nary an offer of replenishment cash.

Though many times we give Dave much grief and trouble,
He’ll always come running, usually on-the-double

I’ve found that, at times, Dave’s research is handy,
The car that I bought is really quite dandy.

For me, many things in my life might be hell,
If my good, best, friend Dave didn’t do obsession so well.